As I mentioned in my last blog post about my music, I’ve been working on a new solo album during 2012. Here are links to my last few updates, which I’m hosting on my label site, chromedecay. Most of my previous work as a solo artist has been doing strictly instrumental electronic music. The biggest departures from that were the two ambient guitar records I produced (“6 strings for a winter’s day“, and “the ghost of an idea“), and even those use lots of electronic production.

As you may be able to gather from my talk of “songs”, and from all the guitar you see me playing in these videos, this new record will be a departure, or perhaps an evolution, from my electronic music. There will still be electronic production and sounds, and a big focus on the textures that are a defining part of my previous work. However, I’m really excited to work on some songs for this record.

One of the most helpful things I’ve ever read as a creative person was Twyla Tharp’s “The Creative Habit“. In her book, Tharp talks about knowing how you see the world and how that translates in your art. I realized that I tend toward the wide-angle view, taking in textures, ambience, setting, season, and location. The titles of my previous work is a testament to that (“Autumn DSP”, “6 strings for a winter’s day”, “raindays”, etc).

This new work, in the other hand, seeks to build up that backdrop of location and ambience, and put something personal and intimate in front of that. Not everything in the record will likely have lyrics and singing, but some of it will. This is shaping up to be the most personal record I’ve ever made, and I am excited about the possibilities of it. 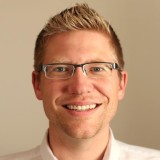